St John the Gambler and Caroline

This is a short story I wrote for our recent zine, ‘My Heroes Have Always Been Cowboys; Townes Van Zandt Edition’ that we released in conjunction with our monthly tribute night. I was inspired by songs from Townes’ albums ‘Flyin shoes’ and ‘Our mother the mountain’, and a lot of the lines in this story are lyrcis lifted directly from the song and a lot more are references to them. I haven’t shared any of my fictional writings since I was at secondary school and read out the weird incest sex romp I wrote for English class, so this is a bit nerve-wracking

St John the Gambler and Caroline

He woke up next to petals glistening in the bashful morning dew, sunrise had come and he didn’t know why. St John checked first his hands for blood and then his pockets for money. It had been a sturgeon moon the night before, so he could only assume he’d been out making trouble, money, and enemies all in the time it took to toss a pair of dice.

Golden was his maternal granddaddy’s name and he had been the same. In fact the whole family on that side had been prone to madness and sleepwalking on nights when the full moon and high hanging stars filled the skies with silver and gold and illuminated every sorry gamblers broken dreams. It had been a full cold December moon the night that Golden killed all three of the Mudd brothers with a fish gutting knife while he was sleep walking. The fact that he’d had his eyes open with every frenzied cut he’d made sure didn’t help his defence. The whole town watched as he hung only two weeks later. The brothers had left behind a 22 year old sister Kathleen and she was cheering loudest at the front of the crowd. His execution hadn’t been enough to satisfy Kathleen though who devoted an unholy amount of time to trying to scare Golden’s youngest daughter Maria, claiming to be a witch and cursing her firstborn with blindness.

St John himself had been born under a blue moon. Maria hadn’t known she was pregnant when she crawled out into the garden and squatted naked under an old oak tree. Rex had been teasing her about the cute pot belly she’d developed on her delicate little body for months now, but neither of them had thought it was anything more than good food and cold beer. Her breaking waters didn’t wake her up, her contractions didn’t, her own primal screams woke all of the neighbours up but not her. It wasn’t until her flesh and blood was crying his first cry underneath her that she came to. Rex would describe this night to St John a hundred times over when he was a kid; how he’d come out to find her “laying in a dress made of moonlight, with teardrops like diamonds sliding slowly down her face, and you cradled in her arms”, how she insisted that if they called him Saint it might save him from the curse that she had believed in so strongly.

She slit her throat when John was 3 years old. When he tried to recall her it felt like abstract pieces of dreams that fit together like a badly made jigsaw puzzle. Memories of her spinning and twirling like a hummingbird lost in the morning, hands sifting the sunshine, sitting quietly under the oak tree while she told him to listen for the leaves whispering their names. It was a note-less suicide, and there was no explanation beyond the pull of that cursed fucking moon that they had come to hate. When he turned 7 he spent a whole year dreaming that it was he who had slit her throat and instead of blood rushing from her wound hundreds of snakes would slither out and bite him, or sometimes it would be pearls and he would stuff his hands and pockets with her glistening innards. He’d wake up filled with guilt and soaked with piss, unable to look his own father in the eye for the rest of the day.

Caroline had been whoring for four years when she met St John in the backroom at Gypsy Sally’s. It was three weeks into the job that she’d come to a realisation that made her the best at what she did, and had many a man return again to lay beside her; all men really want is a good looking screen to project their dreams on to, a perfect blank canvas on which to paint whatever they fancied. When you’re operating like this, as an empty vessel, you don’t ever feel that you’re truly selling off or giving away any part of yourself.

She’d heard of St John of course, this otherwise kind and gentle hermit who tore up the town once a month whilst he slept with his eyes wide open, and never lost a game of dice or 5 card stud. She sat on his lap while he rolled bones with either hand and he whispered without turning to look at her that her face was fair and crystal. He rolled a dog throw, his first ever pair of ones, that stunned the table into a momentary silence. He’d known she was bad luck the moment he saw those snake eyes staring back at him from the table, but it didn’t matter none for he wouldn’t remember it when he woke up next to her in the morning. The gamblers continued laughing and chancing their all as Caroline and St John got up from the table. “Tell your prophets to pray and your bandits to run”, his breath was hard as kerosene and the table was silent once more as they listened to two pairs of cowboy boots walk the wooden stairs up to lay together in a disorderly room.

Gypsy Sally was the only woman in the state that owned her own bar, and she’d done so for forty years, with business booming all throughout the prohibition. She hadn’t been blessed with a natural beauty but could paint it on like a pro. This was a woman that marinated herself in French perfumes, stood at five foot nothing but wore her hair high enough to tickle the top of doorframes and had been able to scare a man sober if she needed to from the moment she’d turned 13. There was six rooms above the bar that she let the local working girls use, in exchange for a portion of their earnings. A different deal was cut for Caroline though, whom she’d taken a liking to the second she’d first sauntered into the bar, whereby as long as she helped Sally rummage for artefacts at flea markets the junk room was hers to stay in and work from for free. Some of the current contents of the junk room were; 12 musical boxes, a mother of pearl vanity set, a small sculpture of The Dying Tecumseh and seven live snakes that she’d swapped with a rambling man for two large bottles of moonshine.

Caroline shimmied and slid out of her satin blue dress while St John lay on the bed watching, the harvest moon dancing purple all through her long black hair and bouncing light off her alabaster white skin. She reached down into a green glass tank and with one dainty hand lifted out a two foot long red and yellow striped snake that had been enjoying a sleep. Waking, the snake slithered all over her naked body while she sang in a broken and smoky voice, “Now tell me who do you love, who do you love?” Some of that lunacy must have been contagious, for she was lost in more than just the warm glow of wine. It climbed around her long left thigh as she lifted her leg and curled up her toes. St John, watching on, felt himself go dizzy with lust and breathless enough to make his lungs collapse. He was in the presence of a high hoodoo priestess and it was putting a strain on his weakened heart.

The snake wrapped itself around her delicate neck, where seaweed veins showed through paper thin skin. Caroline carried on her sultry Cleopatra dance, oblivious to some subtle shift in the atmosphere. It was twitching now, both ends taking it in turn to coil. The more romantic minded might have said that the snake was dancing too, but this was a ploy designed to confuse its prey as to what end was head and what was tail. It disappeared for a moment into the darkness of her hair and reappeared, moving with purpose from her brows down over her plump parted lips to just under her chin. She didn’t moan or cry when its fangs sunk into her taut flesh. St John leapt from the bed. It was like a teenager giving a hickey, committed to the task at hand, and there was more than a little wrestle before he threw the snake across the room and planted his own mouth over her wound to suck out the venom. “Red and yellow’ll kill a fellow, red and black’s a friend of jack” were the last words to tumble out of his mouth before he fell backwards, stiff as a board, onto a pile of clothes on the floor.

When he awoke 12 hours later everything was black as midnight still, no idea where he was or why his heart was racing like a freightliner. St John ran his fingers over his eyes and felt the slippery wetness of his own eyeballs. A soft and sad whimper left his throat as it dawned on him that his eyes were wide open and he couldn’t see a thing. It wasn’t hard to tell he was inside and not alone, the musty smell of unwashed clothes and the unmistakable smell of a woman; musky with a hint of peaches on the turn. A second breath in, with ale soaked floorboards, tobacco smoke and gunpowder wafting through the air would have let him know he was in Gypsy Sally’s if he hadn’t been too panicked to think straight. His rough calloused hands reached out and felt soft warm flesh, fingertips fumbling over her round breasts and under them a pounding heart to match his own. There was a sleepy mouth inches from his, her breath was morning and her lips were wine and he didn’t need to know who she was to take comfort in the thought of kissing her.

Caroline never tell did him about the venom that had caused his blindness, and he never asked. When he’d fallen back she had too, only she crumpled up as though her body was made of tissue folding in on itself. There was still some venom travelling through her bloodstream, just enough to make her feel good, enough to fill to the brim every cell in her body with a tingling warmth. While St John had been still and silent as a cadaver throughout the night and cloudy morning, Caroline hadn’t slept a wink. This was better than sleep though, this was being wrapped in a blanket from the inside out, this was crawling inside sunshine, this was the smell of a campfire turned into a feeling, this was sinking barefoot into the sand on a Summer Thursday evening. She’d been laying in the foetal position when he woke up, just slowly getting back some sensation of where the edges of her body ended and the beginning of everything else began. 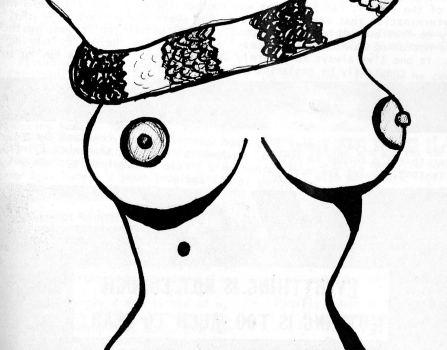