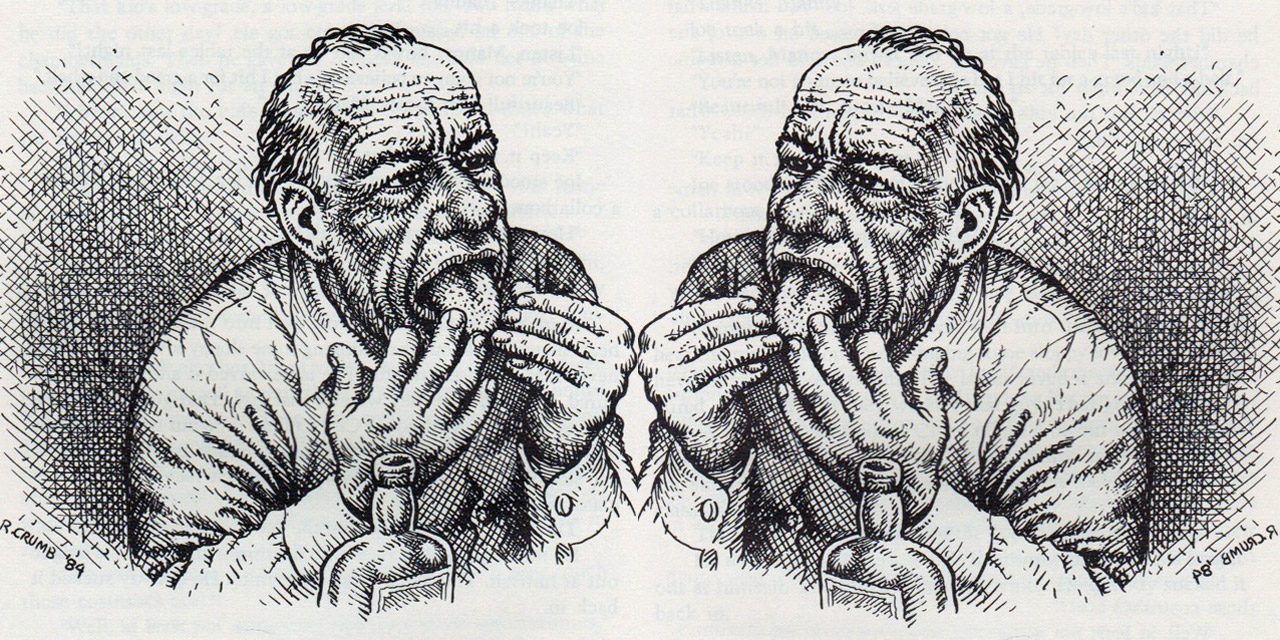 Today marks 22 years since the world said farewell to one of its greatest ever American writers, Mr Henry Charles Bukowski.

I first fell in love with his writing sometime in my late teenage years at a point when my brain and my morals were at their most malleable. This subsequently led to him playing a huge part in my evolution as a writer and as a human being. Some of it led to great and positive things, like how he taught me to be observant and honest. That you don’t have to be verbose with your words to pack the biggest punch and how the greatest beauty can be found in the most sorrowful places imaginable. However, some of it led to some not so great and positive things, like writing everything on a noisy typewriter for 2 months straight and believing that everybody else in the world was a complete and utter moron (but that can happen when you get too firmly entangled in the briars of Hank, so beware fellow readers).

Most appreciatively, his writing led me to the books and the writers who are so important to me today (and who were also very important to him). Below is a short reading list of Buk’s contemporaries, friends and influences and their Hank Chinaski-esque antiheroes. If you are a fan of his, then you will most probably be a fan of these smashing authors below. 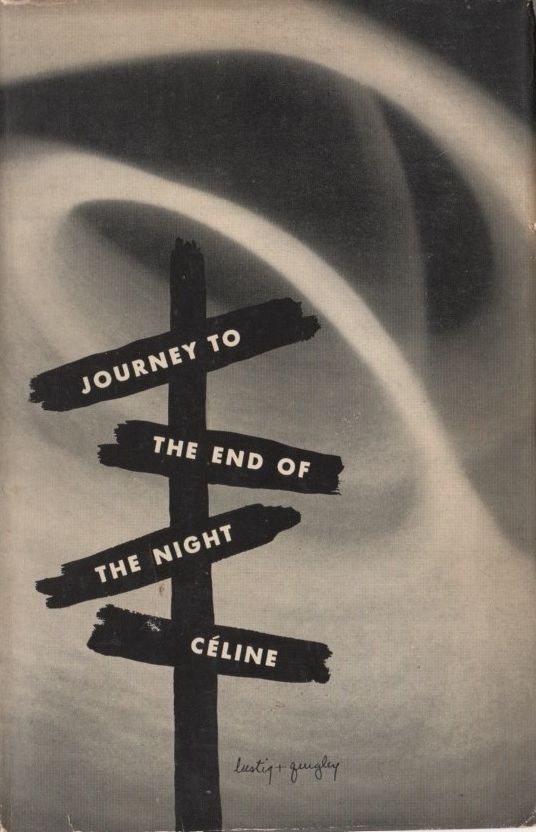 Journey To The End Of The Night – Louis Ferdinand Celine

Bukowski’s work is peppered with mentions of Celine. He said that Journey To The End Of The Night was the best book that’s been written in the last 2000 years and like Bukowski, Celine doesn’t write to impress the critics or to win over his readers, if anything he fights them. Journey To The End Of The Night is Celine’s first novel and describes the semi-autobiographical Ferdinand Bardamu and his experiences during the First World War, French Colonial Africa, working in a Ford factory in Detroit and as a doctor in Paris. He goes full force in expressing his sheer disgust with human folly, greed and the chaos of human beings so you know where Buk gets it from. 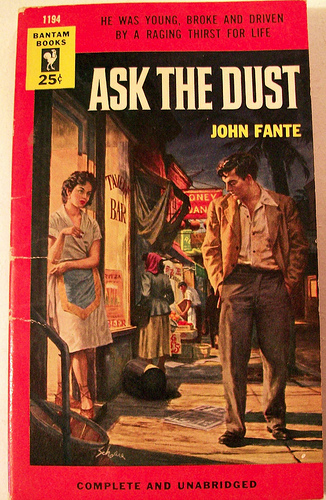 “Ah, Los Angeles! Dust and fog of your lonely streets, I am no longer lonely. Just you wait, all of you ghosts of this room, just you wait, because it will happen, as sure as there’s a God in heaven.”

John Fante never got the praise for this book that he so hugely deserved. He was all set to take his place as one of the great American writers but then Ask The Dust bombed so hard on release that it drove Fante back into obscurity. But then good old Bukowski stumbled upon a copy of Ask The Dust in the public library, showed it to his publisher at Black Sparrow Press who reprinted the shit out of it and ever since it has reaped the endless praise it deserves. Fante had such a huge influence on Bukowski, he went as far as calling him ‘a God’. In this novel, Fante’s own recurring character and alter-ego, Arturo Bandini struggles to make it as a writer in Los Angeles, much like our pal Henry Chinaski. For a slice of LA life during the Great Depression for an Italian-American male struggling for his art and against catholicism and poverty, this is a diamond of a book.

Last year, on this day, I had the privilege of being at a reading by the late Dan Fante, John Fante’s son, where he read some of his work and told stories about Buk and his father. It was one of the most special things I’ve ever seen. 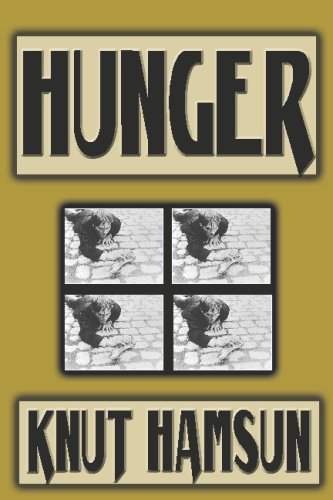 “A country preacher could not have looked more full of milk and honey than this formidable writer, whose words had always left long bloody marks wherever they fell.”

This is a tale of a deluded young writer who choses to starve for his art rather than work written by a Norwegian Nazi but pretend that doesn’t matter just for one second so you can enjoy reading this book because it is really good. It’s a pretty intense existential novel about a man whose sense of reality is all out of whack and while trying to maintain an outer exterior of respectability, refuses to take any work because he feels like it would be unfit for somebody of his abilities. Like mostly all of the protaganist anti-heroes in these novels, there is a pride which whole-heartedly gets in the way of them doing anything which would be deemed selling out which means they are usually hungry and poor but with fuck all left to lose. But as Buk always tells us, if you’re not willing to starve and fight and bleed for your art, then you can’t be all that serious about it in the first place. (a belief which I have slowly learnt to take with a pinch of salt) 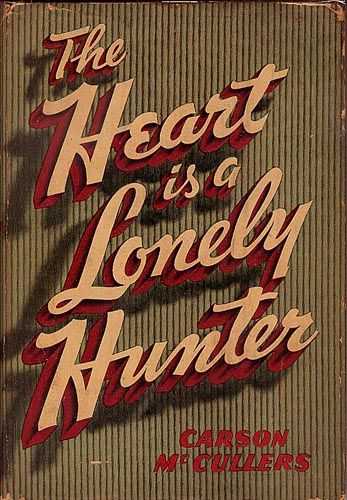 The Heart Is A Lonely Hunter – Carson McCullers

“Nothing had really changed….The people dreamed and fought and slept as much as ever. And by habit they shortened their thoughts so that they would not wander out into the darkness beyond tomorrow.”

This novel is about a deaf mute man called John Singer in a small town in the middle of the deep south and the story focuses on a particular group of people he encounters there. It is a beautiful beautiful book about loneliness and understanding and love. Like Bukowski often does in his stories, the narrator here does an incredible job of showing the lengths people will go to isolate themselves from their fears. Also, she wrote this when she was just 23 years old which is insane.

Bukowski wrote a poem for McCullers where he said “All her books of terrified loneliness, all her books about the cruelty of loveless love, were all that was left of her”. 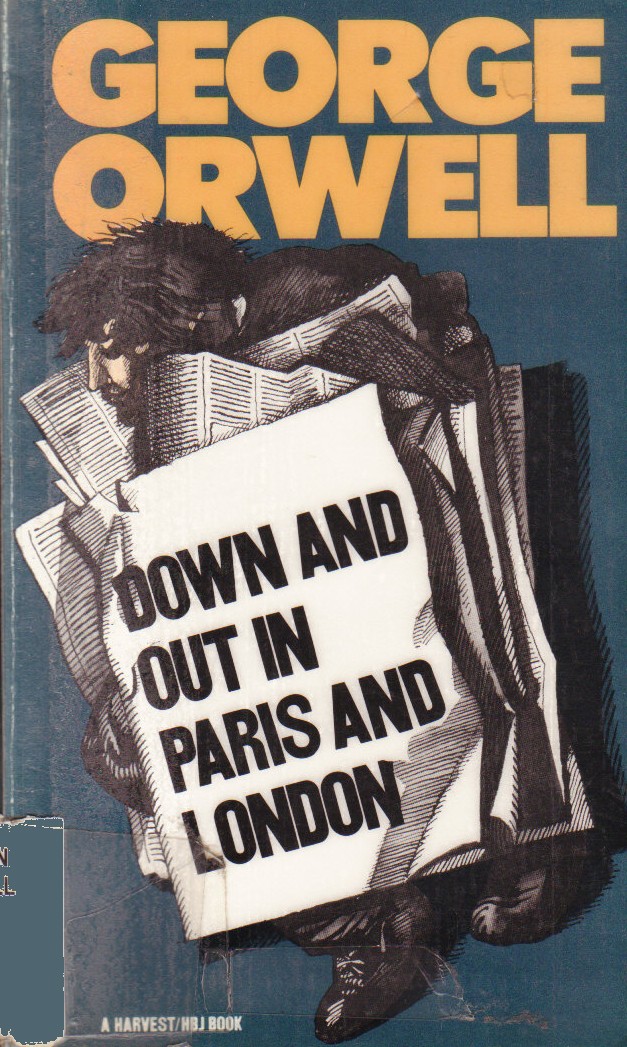 Down And Out In Paris And London – George Orwell

“It is a feeling of relief, almost of pleasure, at knowing yourself at last genuinely down and out. You have talked so often of going to the dogs – and well, here are the dogs, and you have reached them, and you can stand it. It takes off a lot of anxiety.”

A memoir of being poor and destitute, written when Orwell was a struggling writer in his twenties, this novel was definetly part inspiration behind Factotum. He documents a world of unrelenting poverty, struggling with a series of menial and unsuccessful jobs and of finding yourself at rock bottom amid the artists and the bums and surviving it, the kind of shit that I just love to read about. The idea that there is a pleasure in any or all of it, is one I’m fairly certain would have stuck out for Bukowski as Henry Chinaski often revels in all his various plights and adversities, especially in Factotum.

Also, definitely read this if you’ve ever been a waiter or waitress or dishwasher or had any job in hospitality because you’ll totally get it.