Are The Beatles Pro-Brexit? 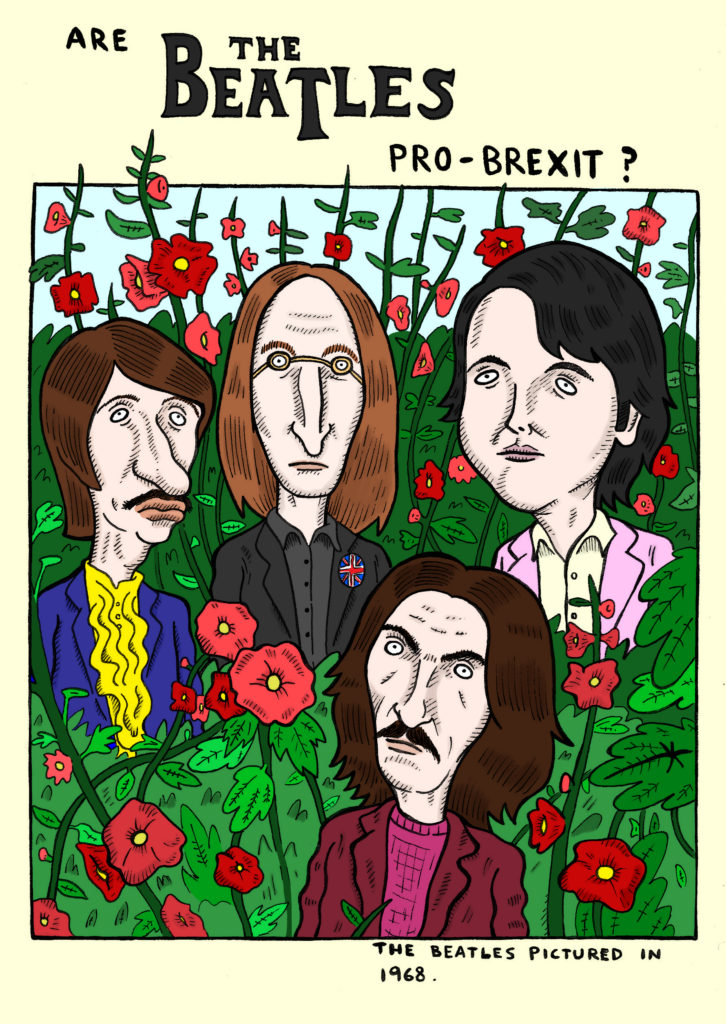 The United Kingdom European Union Membership Referendum of 2016 divided opinion like no other political issue in U.K history. Politicians and high profile celebrities such as Gaz from Geordie Shore and football pundit Mark Bright debated across the breadth of Britain on the subject of whether we, as a nation, were better off either in or out of the E.U.

In the end the public voted out because nobody really knew what the European Union was or what it does and the only thing that people knew FOR SURE was that it was basically a big corrupt organisation run by a bunch of UNELECTED FOREIGN “fat cats” eating Belgian chocolates and drinking Orangina in a big boardroom somewhere, deciding on things like what the speed limit should be on the A47 dual-carriageway between Peterborough and King’s Lynn and whether Starburst should go back to being called Opal Fruits again.

In the aftermath of the Brexit vote one celebrity came forward and revealed that he had decided it was high time that “Britain got back on its own feet again!” and voted OUT….

…and that celebrity was none other than former Beatle and the official face of Skechers’ new ‘relaxed fit’ footwear range Ringo Starr. 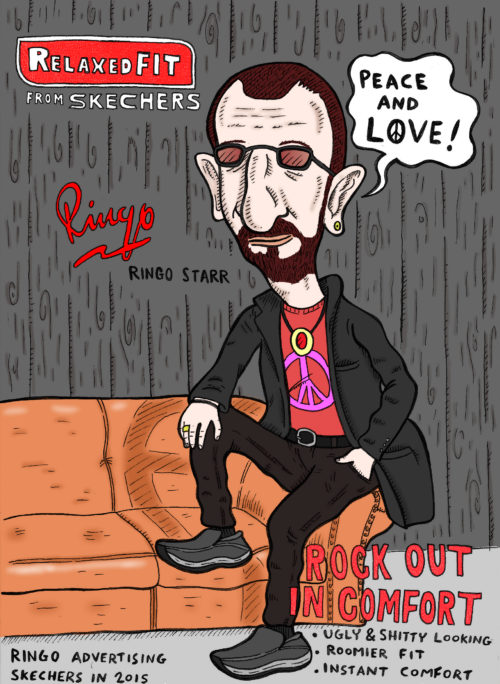 In an interview with Bloomsberg BusinessWeek Ringo went on to state that “The European Union is a load of shit. It’s just a bunch of unelected fat cats eating truffles and drinking mini-yogurt drinks in a big boardroom somewhere and voting on MY FREEDOMS! They can go get fucked!!! Fucking foreign fat cat fucking scum!”

For many, the signs that Ringo was a Euro-sceptic were plain to see all along for Ringo has never been one for embracing different cultures. We are, after all, talking about the Beatle who left the band’s brief spiritual study with the maharishi in India prematurely because he didn’t like the foreign food and missed eating baked beans. Another indication of Ringo’s anti-Euro feelings were hidden in the lyrics of Octopus’s Garden from The Beatles Abbey Road album. In the song Ringo sings of his desire to live in an Octopus’ Garden under the sea, presumably to get away from what he believes are the problems of mass migration to the U.K such as Bulgarians putting a massive strain on the NHS somehow and Sainsbury’s stocking too much Polish bread.

But what about the other remaining living Beatle Sir Paul McCartney? Where does he stand on the EU debate?

Well, due to “touring commitments in Denmark” he didn’t even bother voting. WHICH IS WORSE THAN VOTING BREXIT!!! Paul seemed to think that it was more important to perform the Wings back catalogue to a bunch of fucking Danish people than to vote on one of the most important decisions in this country’s history. He later stated that if he DID vote he PROBABLY would’ve voted remain. But he didn’t vote. So it doesn’t fucking matter.

John spent most of his later life residing in New York and if he hadn’t been assassinated (classic New York) he would have been eligible to apply for American citizenship in 1981 after which he probably wouldn’t have cared much about British politics as he’d be too busy doing New York stuff, like avoiding constant muggings, slapping the front of yellow taxi’s and yelling “Hey! I’m walking here!” and eating a bagel on the subway or some shit. 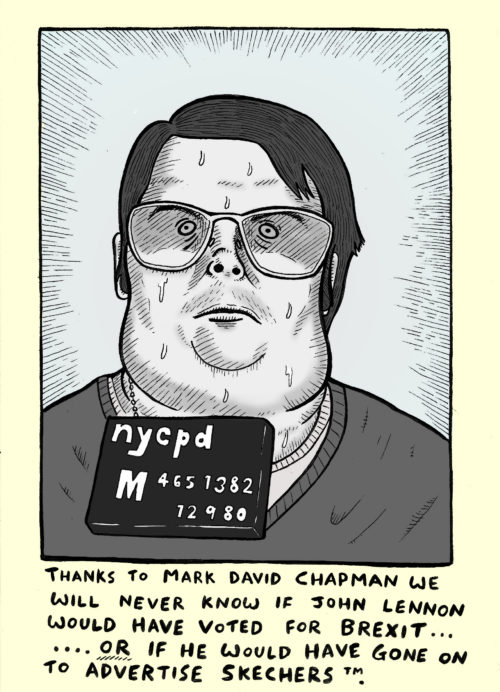 George probably has to be the least Brexit Beatle. I’m basing this solely on his fondness for growing a moustache which, along with wearing Speedos (another thing George was a fan of) is the most European thing any man can do. Ever. Remaining in Europe would also probably have been beneficial financially for his various U.K based business ventures such as the George Harrison moustache comb factory in Daventry and his part ownership of a Werther’s Original’s factory in Corby. 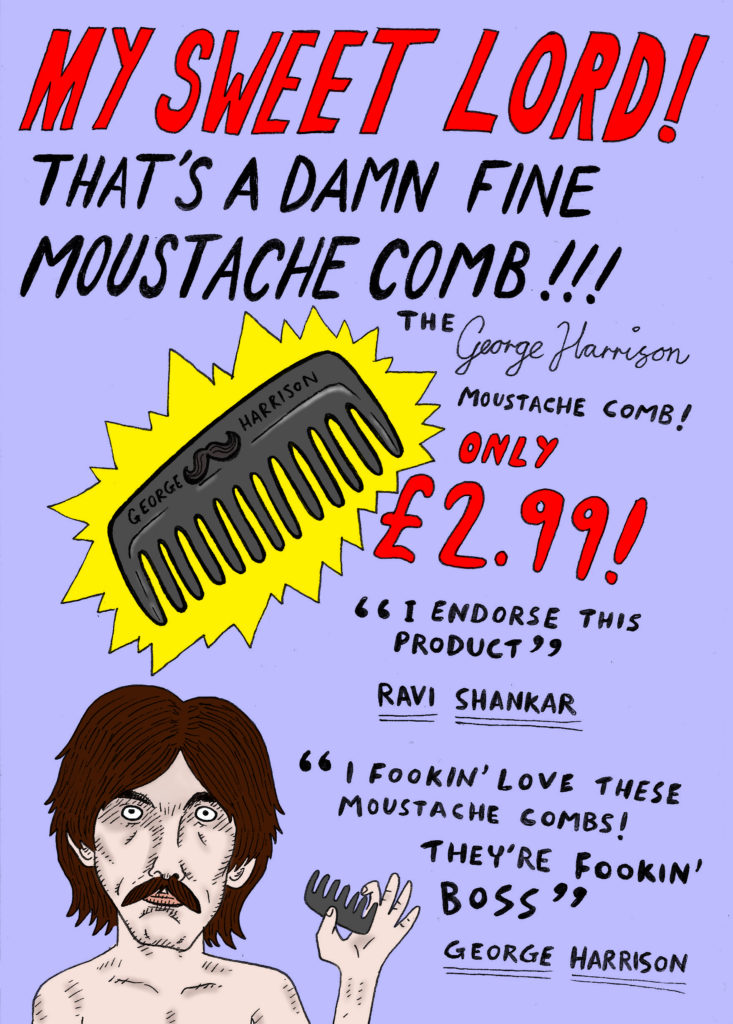 So there we have it. The Beatles are roughly 75% Brexit. They’re not exactly Theresa May style HARD BREXIT but more medium-soft, mostly confused, elderly scouser style Brexit.

To finish here is a list of some of your other favourite 60’s British Idols that voted Brexit….