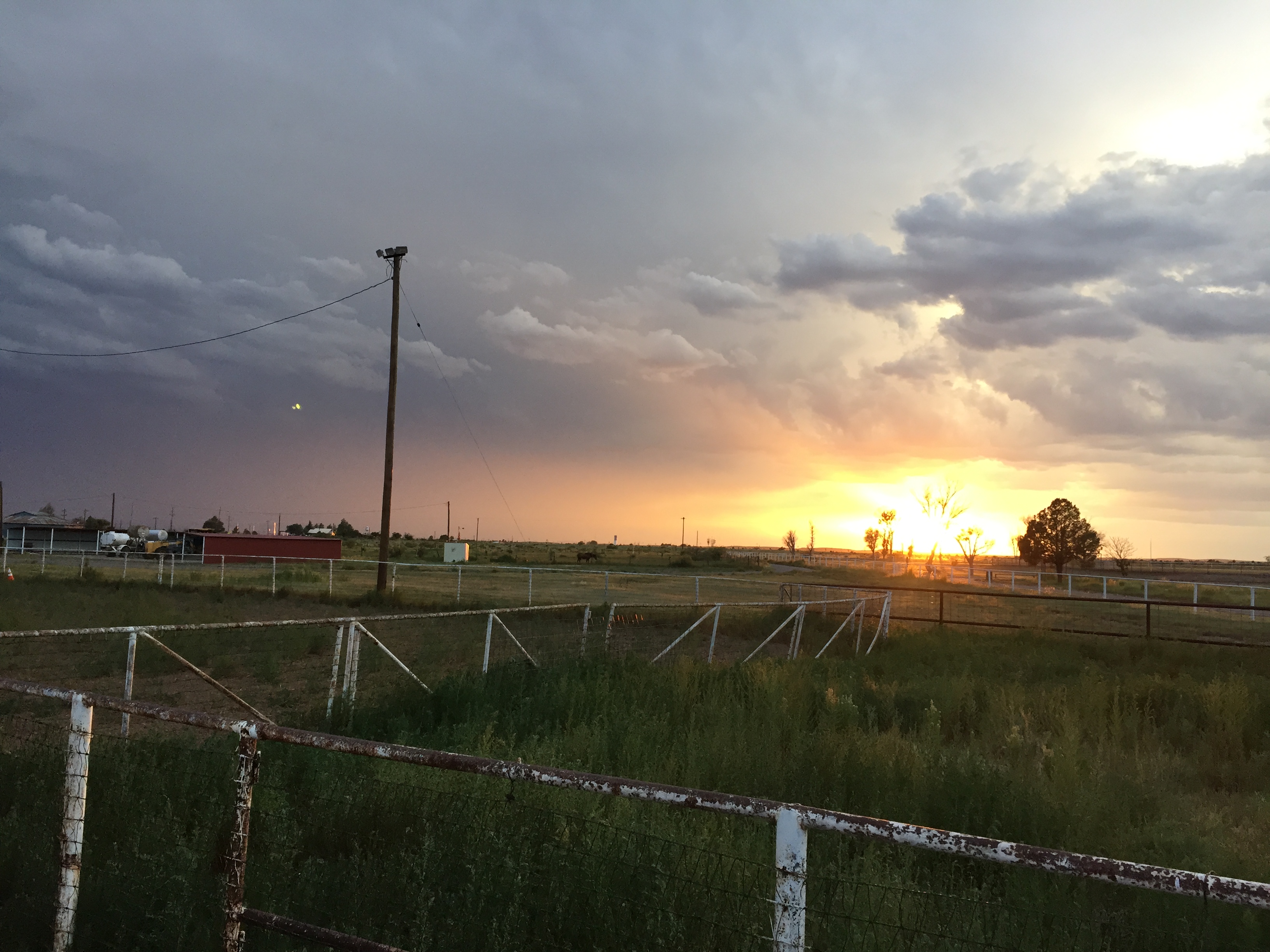 Lachesism – n. The desire to be struck by disaster—to survive a plane crash, to lose everything in a fire, to plunge over a waterfall—which would put a kink in the smooth arc of your life, and forge it into something hardened and flexible and sharp, not just a stiff prefabricated beam that barely covers the gap between one end of your life and the other. As described in The Dictionary of Obscure Sorrows.

This town is something from a dream. You sit high up on the gates of the corrall and watch the beautiful Mexican girl whisper and coo to the wild horse. She holds him delicately by a rope around his neck and they are both half lost in the tall and fecund grass of the pen. She wants him to trust her so she plays him gentle music from her phone and sways her hips. He watches her in stillness, coy and interested. It is a slow and tender courtship which neither of them are in a rush to conclude, despite the sun dying out and the storms closing in from every direction.

You are sitting up here because the horses are wild and untamed and the man handling them is even more so and this place is ten times all of the creatures combined and that scares you to the point of needing to do what you can to keep some sort of distance. You could just as easily tumble into the dense grass with the horses and the cowboy and the soft swaying girl but letting yourself become lost in all this could mean not being able to see it anymore. So you stay where you are, nursing a beer on the rusty white railed precipice of disappearing entirely.

Neat pockets of far away storms hark on around you. The sky is wide and high and full of pink and yellow lashings of light, thwarted by thick dark clouds, behind which the very beginnings of twilight. Every now and then, skewers of vicious light strike at things in the distance and you wonder what or who deserves such Godly attention. You’re tired of waiting for it to be you. So you picture it hitting you right in the chest where you feel the most and knocking you clear into the corral, dissolving the distance between you and this place. Then you think about how many people would watch it happen from far away or think the same thoughts as you are now. And how many of them would write it down or switch on the news to see what happened or give you a thought at all. What a beautiful sight it would be for everybody and how very easy to watch.

If you ever made it out of this place, your life would mean something else entirely. Perhaps it could save you from trying to explain all the things that will forever remain abstract in your head. Perhaps it could save you from those vacant stares when recounting those small, delicate movements of the girls mouth as the horse moved closer to her, how you could have cried watching that. Because everybody would only care to know about the girl who was struck by lightening and how direct and lucid that event sounds and how predictable the reaction. It would be something you could explain and something you could place into one hardened and tangible story of survival rather than trying to tell people how you survived the blazing force of this moment and how that will always mean so much more.