Inside the head of… Franz Nicolay 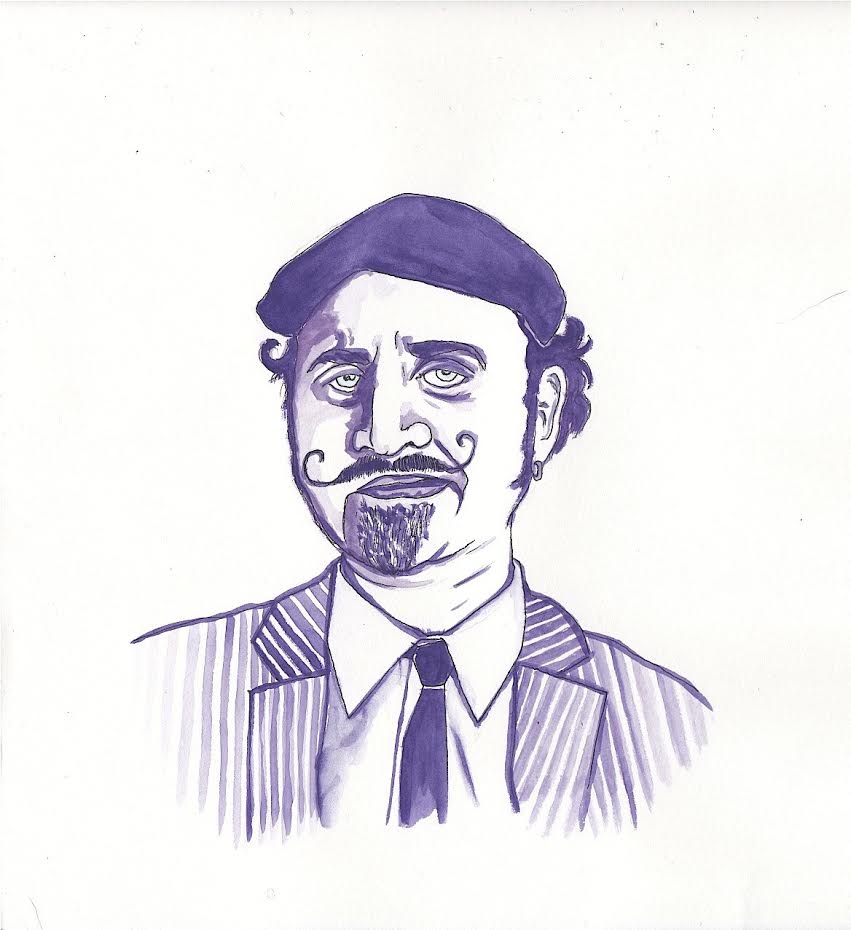 Franz Nicolay is a singer-songwriter, multi instrumentalist son of a gun, known for his time spent in bands such as The Hold Steady, Against Me, World/Inferno Friendship Society and Guignol. He has been named punk’s number one best accordion player and makes a mean psychedelic berry cobbler.

He has recently published his debut book entitled The Humourless Ladies of Border Control about touring the punk underground of the post communist frontier from Belgrade to Ulaanbaatar. You can buy a copy from his website here or from Amazon here. 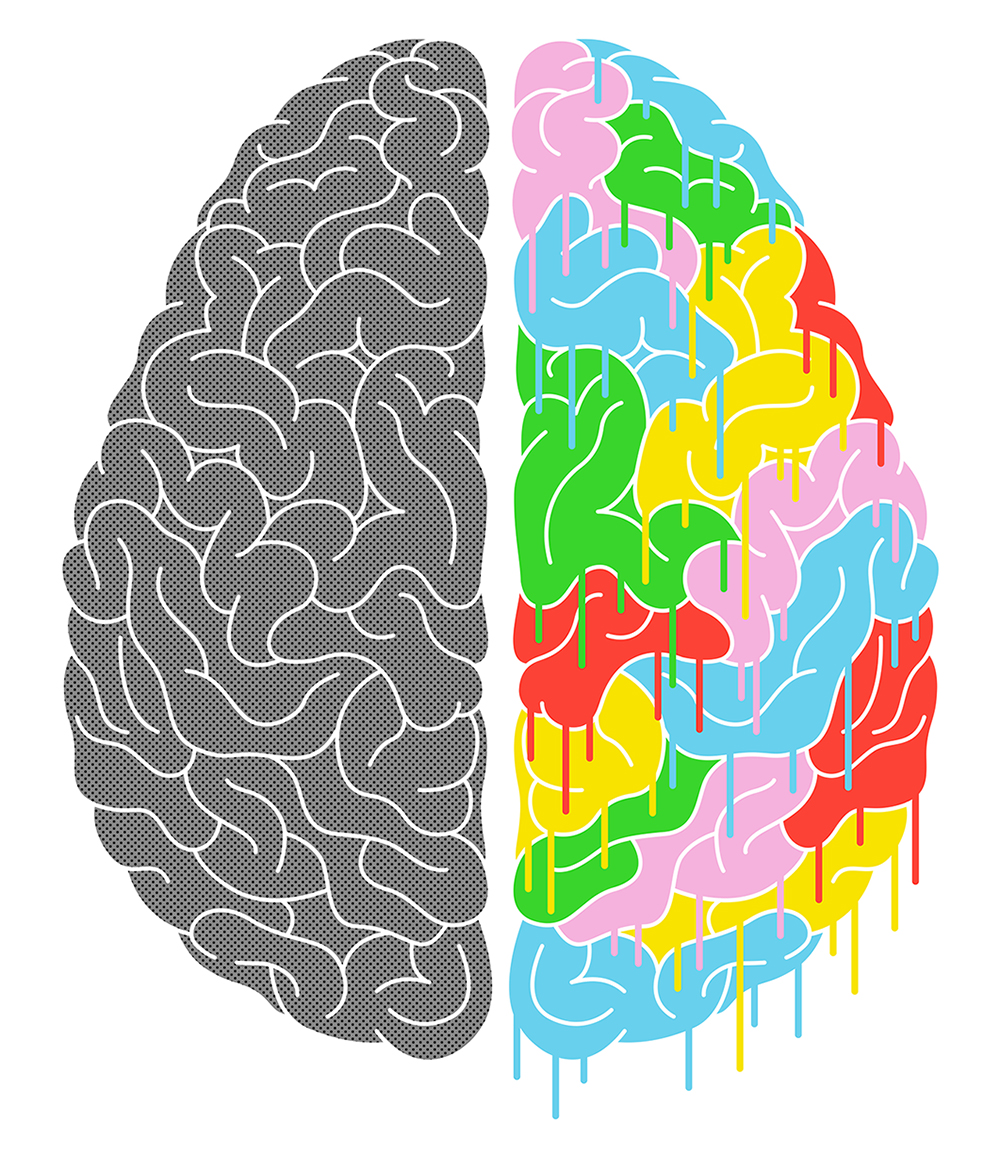 1. Do you actively do anything to keep your brain healthy, and if so what?

2. What or who mentally stimulates your growth the most?

I find my wife both an intellectual challenge when we both turn it on and a solace when we agree to be dumb.

3. If you could add or take away anything from your brain what would it be?

The depression, of course. But at least at this point I recognize it for what it is and that it passes.

4. In what situations have you learned the most about yourself?

I’ve learned a lot about my limitations, and the ceilings on my abilities, by getting opportunities I couldn’t convert. Like, in general I conceived of myself as someone who could broadly succeed in showbiz, but I couldn’t make myself a headliner as a frontperson. I’ve been asked to audition for a couple Broadway shows, and even been a finalist, but didn’t get the parts. So this has retroactively helped me appreciate the successes I did have as a musician and performer for what they were.

5. Do you think you have to learn good judgement? (Are people inherently self destructive?)

I think most people do what they think is a good idea at the time.

6. Do you have any daily or annual rituals? Are they personal to you or your family or are they related to your culture or religion?

Just coffee in the morning and alcohol in the evening.

7. Can you speak any other languages, and if so why that language?

I used to have some Spanish and Italian. Now mostly Ukrainian, and a pan-European pidgin centered around driving directions, train tickets, and ordering beer. I married into a Ukrainian-American family and we spend a lot of time there, so that’s been a process. Learning languages is a real weak muscle for me. Not something I’m proud of.

Be heard/connect with people. Since I’ve stopped touring so much I’ve found that my socializing muscle is atrophied – only talking to people at shows I’m playing is a great way to get past the problem of what to talk about.

9. Do you think a time exists that is easiest to create? For instance, do you strike the muse or does the muse strike you?

If I knew that I’d be more productive. You do have to set aside time, though, and be willing to write it off as time wasted if nothing comes of it.

10. Do you have an emotional state that you find it easier to create in?

Again, I’m a little older, so I prefer to work in a state of relaxation, calm, and during the day. I now think that work you create in the heat of emotion is untrustworthy. You can take notes and use them as raw material later, though.

11. Are there certain elements that you employ to set up the perfect mental space for creating? For example: Music/food/smells/locations

Enough sleep, not too much coffee, already exercised, not too many distractions.

12. What smells do you most associate with your childhood?

13. If you had to only live on five ingredients for the rest of the life what would they be?

14. Do you have spiritual needs and if so how do you nourish them?

15. Do you have a place you go to, either physically or mentally, where you feel the most at peace?

Downstairs at night after everyone is asleep, with a book and a glass of wine.

16. Do you think that people need some form of discomfort to make art?

No, this is an unhelpful myth.

17. Are you more motivated by the promise of reward or the threat of punishment?

My ego, which drives most of this, is equally motivated in turn by the hope of praise and the fear of being forgotten about.

18. Do you think a person has to understand art in order to be able to appreciate it?

You can understand art on any number of several levels, one of which is purely visceral and aesthetic and not to be condescended to.

19. Do you pick up on/connect more to the lyrics or music in songs?

The question presumes that anything you listen to necessarily has both. But when lyrics are present, I’m certainly attuned to them. I’m not the kind of person, for the most part, who can enjoy interesting music with half-assed lyrics, but I can definitely treasure great lyrics attached to boring music. Best, of course, if you can have both.

20. What is your earliest memory?

I have a kind of gauzy memory about squatting, like a toddler in overalls does, on a couple of planks laid over a stream in the middle of a meadow, poking at the water with a stick.

21. If you got alzheimers or dementia what memory or memories would you be saddest to lose – or – which ones would cause the biggest loss of your personal identity?

There’s an old philosophical dilemma that asks, which grain of sand makes it a heap – the point being, of course, you can’t pinpoint the one that makes a critical mass. In the same way, you can’t select one memory that makes a person. But in the case you mention, I guess I wouldn’t be the one to know when I’ve gone away.

22. Do you expect happiness in your life?

No, but I can accept a level of contentment. If it were all to go away, though, I would never be surprised.

23. Do you feel like falling in love is a spiritual or mental/chemical process?

Yes, and sometimes it’s an intellectual process, too, someone whose mind you enjoy.

24. Do you try and avoid feeling negative emotions or do you feel it is more constructive to experience your emotions fully?

I don’t, like, actively suppress negative feelings, but I do think there’s an overemphasis on indulging your feelings—publically and otherwise—in the culture today. There are a lot of things that don’t matter. Read your Marcus Aurelius.

25. What flaws do you think you have when it comes to communicating with other people?

A nearly infinite number. The basic conflict between a desire to connect and flawed tools for connecting. Most performers are a little off in this way: our route to connection with people is one-sided, based on having their complete attention and a literal spotlight.

26. How do you deal with situations or individuals that fail to stimulate you creatively or emotionally? Do you  avoid this situations/have a set of tools in which to navigate them?

I’m not very generous about people or situations I’m not interested in. Given the option, I’ll leave. Life is short.

27. Do you have any recurring dreams or nightmares? If so, what do you think they mean?

I used to have a recurring nightmare that was based on the blob that chased you down in the old TV show “The Prisoner.” When it landed on me in the dream I would have the feeling of biting tin foil. I’ll leave that to you to interpret.

28. If you have ever taken psychedelic drugs, did you have any interesting hallucinations on them? Do you feel changed from having taken them?

I don’t know about interesting. I do have a special feeling about ecstasy, if you count that as psychedelic, because the first few times I took it I was conscious of experiencing the full extent to which I could experience joy, which is a memory I still find useful.

29. Do you find your mood affected by different colour palettes?

I grew up in the woods and feel most comfortable in that kind of womb-like dark greens and browns.

30. If you could live in a world where the aesthetic was controlled by a particular visual artist or film director, who would you choose?

I don’t know that I’d want to live in de Chirico’s world, but his is one that has always struck a chord.

31. What’s the most unbelievable thing you’ve ever seen?

I’m of the philosophical school that says if you can’t believe your senses, on a basic level, you’re in for a hard time.

32. Have you ever seen something which you feel has directly resulted in certain elements of your personality today?

I suppose I’ve seen certain specifics of human behaviour that has convinced me that people are capable of anything and not to be surprised.

33. Do you feel like you surround yourself with the people who see you for who you really are?

I wish there were more, but that’s really on me. As my wife says, “You take a while, with people.” 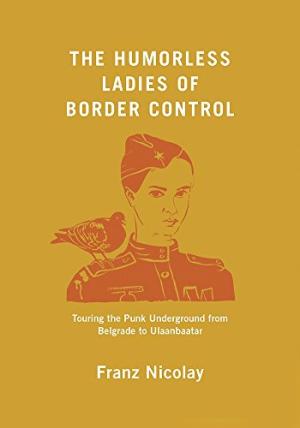 34. Do you think there is a difference or a perceived difference in the way/reasons why men and women travel?

No. The bigger difference is between people who travel alone or in groups.

35. Do you think you can ever be satisfied with travel or the more places you discover the more you’ll want to discover?

I’m not sure that for me it’s about places I’ve been or haven’t been. My favorite part of it is the train ride or the car ride and the watching from the window. Once you’re there there’s all this pressure to do or see everything important. I like the going. And the stopping off along the way.

36. You mention a book that you took along to accompany you on your journey, Empire of the Czar: A Journey Through Eternal Russia and your book itself is full of really wonderful references to people of the past. How did the places you visit compare to your image of them from literature and music? Do you think the art of a place colours your perception of it?

This is for me one of the big issues in the book, since my image of many of these places was based largely or entirely on books, especially Russia. I quote Proust in the book saying that place-names can “accumulate…a store of dreams,” and this is why borders are more than just lines on a map, that whenever you cross one, you are in a different mental space based on your expectations, prejudices, hopes—especially if you’ve never been there. Now a lot of the romanticization and exoticizing that takes place especially in a Western mind has to do with conditions of poverty and political dysfunction, so that’s something you always have to confront.

The nice thing about travel is that you’re transient, so you can leave questions and answers behind. Not permanently, but you can have a break from having to explain every damn thing.

38. Do you think learning an instrument has changed anything about the way your brain works?

Yes, the comparison of music to a language is a cliche but I think it’s actually true, and is one of the things that has kept me from successfully mastering another actual language.

39. Do you think you have to have a particular kind of personality to learn/be good at making music?

No. Everyone who wants to do it learns just enough to do the kind of music or performance they’re trying to do.